Why are Cat Bites such a Health Concern? 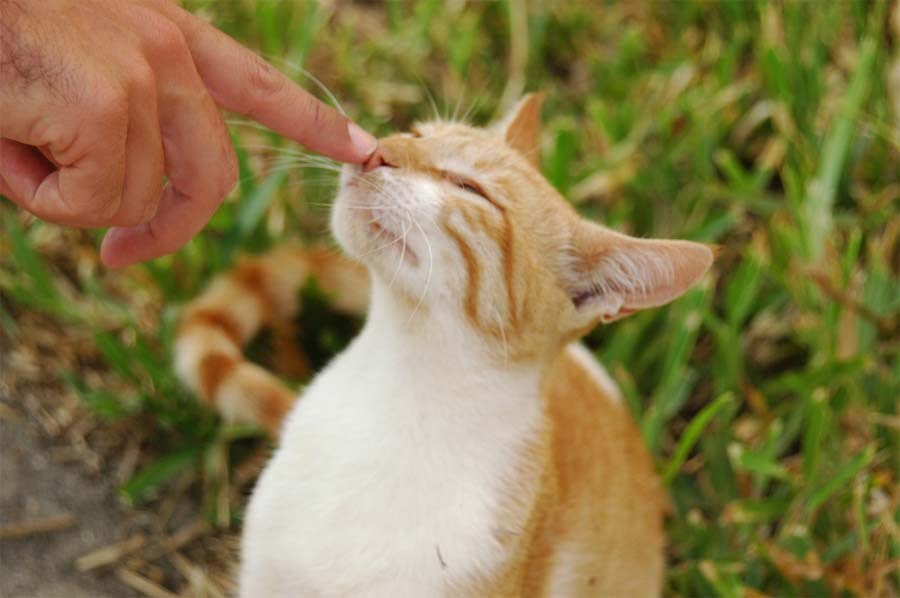 Why are Cat Bites such a Health Concern?

I am typing out this article with one hand from my bed at the Royal North Shore Hospital after having (what I thought was) a minor altercation with a cat.

While trying to take blood from “Princess”, she decided to avoid the procedure and instead managed to collect a significant amount of blood from my left hand! Usually I wouldn’t be too concerned about a claw injury but this one was very deep and straight into a vein and into a tendon near my index joint. Ouch! The joint blew up really quickly and then I found myself admitted into ER for intravenous antibiotics and a surgical wound flush.

So what is it about cat claws and teeth that make them such a concern where there is a penetrating wound to the skin (human OR pet)?

There are a wide variety of bacteria found in the mouths of cats and quite often the claws also.

A particularly common type of bacteria found in cats’ mouths are anaerobes – which are bacteria that survive best in habitats not exposed to the air. Mouth bacteria, such as Pasteurella or Bacteroides species, are inoculated under the victim’s skin and into the fat and muscle lying beneath. While the cat bite on the surface may look minor at first, due to the bacteria they carry, it can lead to severe infections if not treated early.

The cat’s canine (fang) teeth are long and fairly narrow so they can bite quickly and deeply. The surface skin wound closes very quickly, entrapping the anaerobic bacteria away from the air, which are the exact conditions these anaerobes thrive in. Very soon the area swells with infection (cellulitis) and can form a nasty abscess or even a blood infection (septicaemia).

If a Cat Bites or Scratches

Almost always cat bites wounds require antibiotics without delay. So if you get bitten by a cat or sustain a deep scratch wound then you should see your doctor immediately to get the appropriate treatment. If your cat gets bitten by another cat, an abscess can often be avoided by getting immediate treatment from your vet.

Always wash cat bites and scratches immediately. Treatment for deep bite wounds in people may involve a surgical wound flush where the area is opened up surgically, debrided and flushed with saline to get rid of the bacteria. Once the wound is opened up the bacteria usually will not survive as they prefer anaerobic (without air) conditions.

If your cat develops an abscess, then surgery is required to properly drain the area, often requiring a drain placement, allowing the wound to remain open until it heals from the inside out.

Cat Scratch Disease is also something to be aware of if you own a cat. A type of bacteria called Bartonella henselae sometimes lives in your cat’s claws. If you are scratched by your cat, the bacteria can cause your lymph nodes to swell up in your armpits and a fever develops. This bacteria is more commonly carried by kittens, so it is important not to allow your bare skin be involved in rough play.

So be careful around kitties!!